Hailing from Bakersfield, California, Nick Vidal is one half of the legendary DJ/radio duo branded as the Baka Boyz. Together, Nick and Eric Vidal, invented personality radio in the hip hop fonmat while commanding #1 ratings all over the country. If that wasn’t enough, Nick’s sharp eye for talent has helped launch the careers of some of the all-time musical legends including the Black Eyed Peas, Wu-Tang Clan, Snoop Dogg, Warren G, and Pitbull. Snoop Dogg even says that Nick gave him his credibility stamp in Los Angeles. Nick has worked in the studio and has produced classics for a wide variety of artists including Yo Yo, House Of Pain, the Offspring, and John Legend. Nick’s Jove of music began as a teenager where he turned that passion into a profession in radio. He began his radio career as the weekend talent on 1350 AM, a small local station, where he and Eric hustted to maintain their show by selling advertising to businesses door to
door. After proving they had a natural gift for DJ’ing, Program Director Steve Wall of Bakersfield’s KKXX FM took notice and the two landed a weekend slot earning them their first FM position. The Baka Boyz first made their mark in Los Angeles radio in 1992 at Power 106 with their creation of “Friday Nite Flavas”. This signature specialty program was a mecca for young and emerging hip-hop artists. Soon Rick Cummings of Emmis Broadcasting discovered their talent and quickly propelled the brothers to the prestigious morning show position. Their raw talent and passion for originality gave birth not only to live mixing on Los Angeles radio , but to the inception of “The World Famous Roll Call”.

After dominating the ratings in afternoons and the coveted morning show stot at Power for seven years, the duo headed to rival L.A. radio station KKBT, The Beat, where they enjoyed continued success hosting afternoons. Feeling the need to expand, The Baka Boyz set their sights north to wake up listeners every morning at KMEL, San Francisco. Once again, they controlled the airwaves by becoming the #1 morning show in the bay area. Proving that their act is truty a national phenomenon, they headed east in 2003 and enjoyed incredible success as morning show hosts of Clear Channel’s WMIB in Miami. Besides earning a lifetime achievement award in urban radio, they were named Radio Personality of the Year for three consecutive years. Knowing that their programming formula is truly a national act, they teamed up with Gary Bernstein to create their nationally syndicated “Hip Hop Master Mix”. This award-winning program now broadcasts through Compass Media Networks on over fifty stations from coast to coast and internationally in China, Italy, and Canada. It even has expanded into three different fonmats from Top 40, Classic Hip-Hop/Throwback, to its signature Hip-Hop version. Reaching over 2.5 million listeners weekly, the Baka Boyz have established themselves as diversified radio gurus as well as owners of the most successful mix show in contemporary radio history. Frustrated with the current sound of daily radio, Nick and Eric recently launched the Baka Boyzdai/y and the results have been huge in markets ranging from Phoenix to Los Angeles and even Elmira, NY. Nick is newly married creating the House of Sueno pouring candles under the full moon with his wife Melissa. He’s also a father of four beautiful girts aged 20-32. Nick enjoys cooking, entrepreneurship, as well as playing his huge collection of authentic Native American flutes.

Hailing from Bakersfield, California, Eric Vidal aka Eric V. is one half of the world-famous DJ/ radio duo known as the Baka Boyz. Indeed, Eric has turned his love for music into a legendary profession in radio while sfill maintaining his status as one of the more recognized and well-rounded DJs across the U.S. Eric is famously known for his seamless mixes and crealive blends as well as having the ability to pick the hits. With his vast knowledge and apprecialion for various genres of music, he has managed to play everything from Hip-Hop and R&B to Alternative, House, lndie Rock, Electro and never heard before Mash-ups during live sets. His talent and passion for originality have paved the way for many fellow DJs, induding the birth of live mixing during on-air FM radio shows. Remaining true to his craft while breaking down barriers with his consummate dedication and unique style, Eric along with his brother Nick created the most successful radio mix program in contemporary radio history. The award-winning Baka Boyz Hip Hop Mastennix is now 20 plus years old and still going strong expanding to 3 different formats (Top 40, Classic Hip-Hop/Throwback, Hip- Hop). It’s Syndicated in 65 markets nalionwide and internationally in Canada, China, and Italy reaching 2 million-plus listeners. 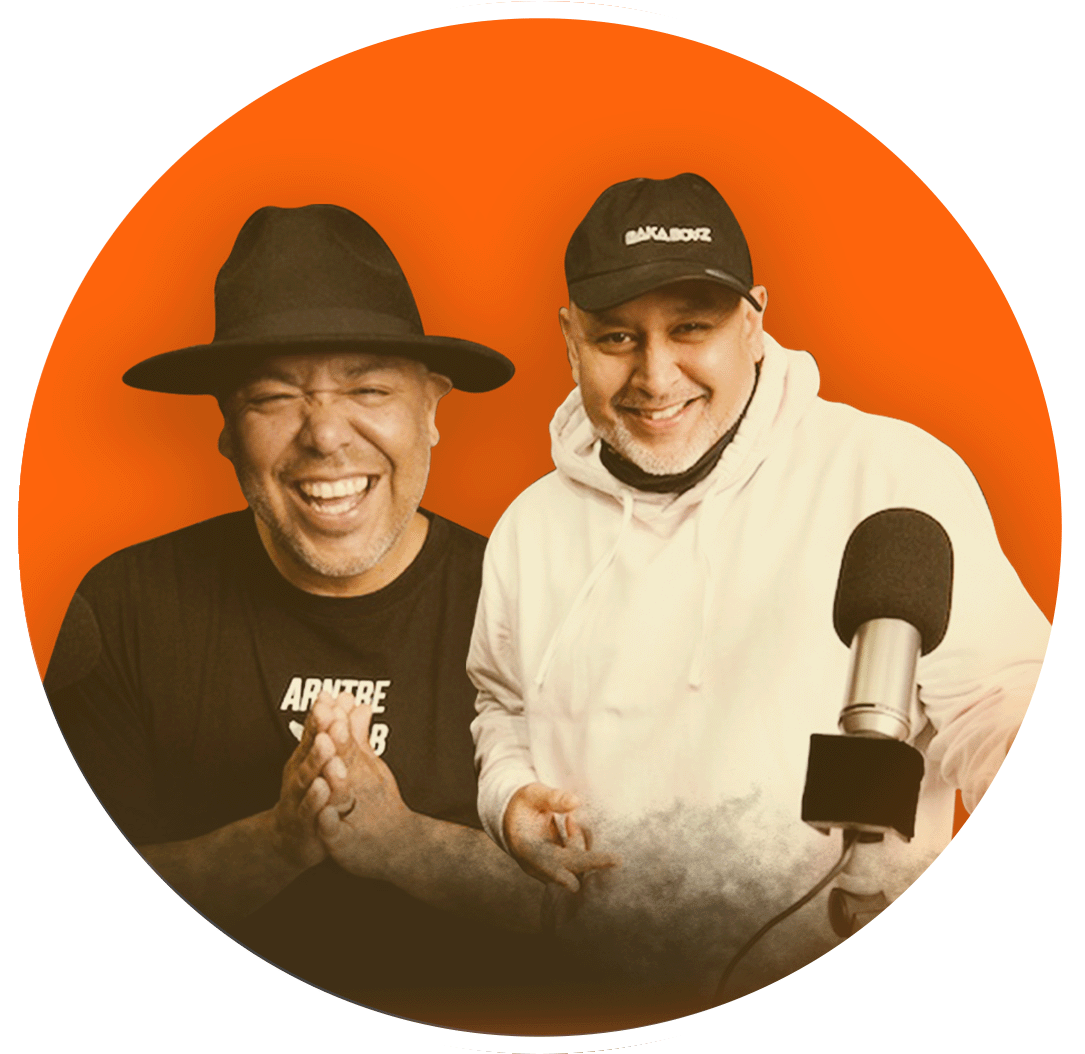